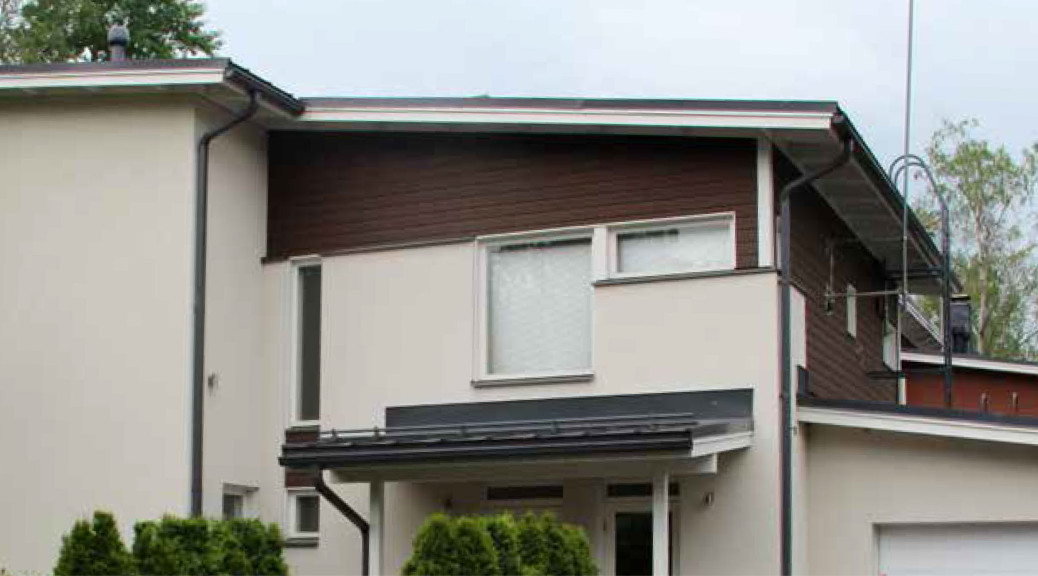 Quieter and more efficient with a new ventilation unit

Replacing the old ventilation unit with a new one improved both energy efficiency and comfort.

The father of the family is a sales manager who has lived in Eastern Helsinki for almost his entire life. His wife, born and bred in the center of Helsinki, was tempted to move to Vartiokylä due to the peaceful living environment and the possibility to run the family’s everyday life smoothly.

This wood-framed, brick-lined detached house with plastered exterior walls by Finndomo was built in 2006, and it has proven to be a good choice in every respect.

– This has a ventilated floor structure. Vartiokylä, a neighborhood of Helsinki, is built on an old marshland area. If the floor structure does not work, moisture damage can develop in a very short period of time. When we were looking for a home, we visited way too many houses that were relatively new but already suffered from moisture damage, Kuusinen explains. They do not need to worry about underfloor moisture damage because a mechanical ventilation system is arranged with a roof ventilator.

The light-filled lounge area features large panoramic windows and a charming open fireplace which – to be honest – is not very useful in terms of heating. An air-source heat pump has already been purchased to reduce heating costs and to enable cooling and dehumidification of the indoor air in summer. In winter 2013, the family had had enough of the old and noisy ventilation unit that also had very poor control properties.

– Its efficiency was so low that I, being a thrifty person, kept the unit at the first setting (in a four-step control system). It had no automatic control functions. Every time we had a sauna, we had to remember to set the unit to a higher setting and then back down after the excess moisture was removed. And it was very loud, the father of the family reminisces.

In December, the unit was replaced with an Enervent Pingvin MDE unit with the eAir controller. Except for cleaning, the ventilation ductwork required no additional work. – The ventilation ductwork of a detached house needs to be cleaned at a minimum of every ten years. The ducts in our house were relatively clean but in any case it was reasonable to do the work in connection with the replacement of the unit.

Nothing was done to the terminal devices either. In fact, a new supply air valve should have been installed in the lounge area because the original vent cannot distribute the supply air evenly throughout the entire space. But a new terminal device would also have required a new duct, which would have been a very laborious job and would have needed work inside the intermediate floor.

The air flow rates were adjusted after the installation of the Enervent Pingvinin unit.

The improvement on the old system became evident very quickly.

– Now we can keep the ventilation rate at the level to which it was designed in the first place. The sound level is noticeably lower.

Even though no certain conclusions on the annual amount of energy to be saved due to the new unit cannot be drawn only after a few months of use, it is already obvious that the new unit is more energy efficient than the old one.

– In summer, we use the air-source heat pump for cooling the indoor air. Because the Pingvin unit can also recover the cooling energy, it is no longer wasted.

Automation in the control system adds to comfort levels. The humidity boost function increases the ventilation rate automatically after we have a sauna because the system includes a humidity sensor as standard.

– The unit can remove excess moisture from the indoor air in about five minutes, the father of the family says – and sounds very pleased.

Enervent Pingvin MDE costs about 5,000 euros installed. The family has calculated that the savings in the heating electricity costs will be about 650 euros per year. In this case, the payback period would be about nine years.

– But even more important is the increased comfort the new ventilation unit has brought about, he points out.